What can I say?

“Ah, women. They make the highs higher and the lows more frequent.”

When things are going good, there’s nothing better. But you have to pay a premium for those highs. Remember that the next time a woman drives you to start answering those spam e-mails about free Zoloft. We’ve all been there, but it’s the good times that keep us coming back for more. One can only wonder which state of mind Nietzsche was in when he proclaimed: “God is dead.”

“Women speak two languages — one of which is verbal.”

Bill is always good for an ambiguous sound bite, and he’s not talking about signing as the second language here. A woman might tell you a thing or two, but she’ll show you a lot more. For instance, she might not verbally tell you she’s staging a suicide, but you better realize it from some other form of communication.

“You won’t regret the men you never killed, but you will regret the women you passed up.”

Frankly, we’re not all in the enviable position of “passing up” women. We know the Bernard Cornwell groupie scene can get crazy, but we can’t all indulge. But regret is a common theme when it comes to the opposite sex. You should have held on, given her what she wanted and made those few concessions. Avoid those sleepless nights of anguish — and the three liters of vodka you consumed. Don’t pass up a good woman when you have one.

“A woman should soften but not weaken a man.”

Men can be callous, stubborn and spiteful sons of bitches from time to time. Often, a good woman can calm those harsh qualities. A couple pillow talk sessions, perhaps a few evenings of The Notebook, and you’re a well-rounded chap with an eye for interior decorating. But it’s when a woman begins to make you weak that Freud would tell you to move on.

“Don’t wait for the good woman. She doesn’t exist.”

If you start to watch enough romantic comedies, you’ll start to believe that perfect someone is out there waiting for you. She’s just one comical scene away. Reality check: There’s a lot of fish in the sea, but that doesn’t mean the perfect bass is waiting. It’s a pessimistic thought, but true to form coming from a man who has the phrase “Don’t try” marked on his grave.

“Woman begins by resisting a man’s advances and ends by blocking his retreat.”

It’s typical for the “playing hard to get” relationship to slowly morph into the “hard to get the hell out” relationship. It can be like Alcatraz with a lesser chance of sodomy. It happens to the best of us. And just when you think you’ve been freed from her grip, you have dinner plans the next week.

Women don’t always wear their emotions on their sleeves; that’d make it too easy for us. They bluff like the best of them, and if life were a game of poker, they’d have all the gold bracelets. It makes the mystery that much harder to uncover, and it’s probably what led Oscar Wilde to say: “Screw it! I’m switching sides.”

“Guys are like dogs. They keep coming back. Ladies are like cats. Yell at a cat one time … they’re gone.”

A man is always one drunk dial away from crawling back into a relationship under any circumstances, but when it comes to our female counterparts, there’s a little more restraint. Not all women abide by this trend, but the good ones do. It only reinforces the mantra of “treat them right,” because they may not always be there. And don’t forget to change the litter box.

“When a man sits with a pretty girl for an hour, it seems like a minute. But let him sit on a hot stove for a minute and it’s longer than any hour. That’s relativity.”

If you’ve ever been lucky enough to engage that brunette in conversation, you know what Albert is talking about. Time just flies, and 30 minutes of trying to make sure your eyes don’t stray below the shoulder for too long is over in a flash. And if that’s relativity, we can’t wait to her Einstein’s metaphor for quantized atomic vibrations.

“The great question that has never been answered and which I have not yet been able to answer, despite my 30 years of research into the feminine soul, is: ‘What does a woman want?’”

When you have the Oedipus complex under your belt, a whole book of dreams on your shelf and you’ve perfected the “Our time is up” delivery, you probably think you can solve it all. But leave it to a woman to prove otherwise. Some think the answer is diamonds, and others think it’s sitting through two hours of the new George Clooney movie. In the end, however, we’ll always remain stumped. 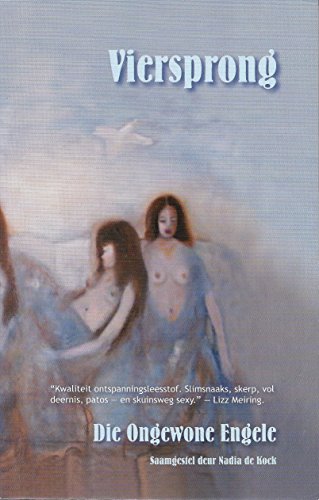